The Porsche 911 is now entering the 8th generation.
Unmistakably committed to the Porsche design DNA, a much more muscular look, and an interior featuring a 10.9-inch touchscreen monitor, the new 911 is timeless – and modern. Intelligent control and chassis elements as well as innovative assistance systems combine the masterfully uncompromising dynamism that the classic rear-engine sportscar is famed for, with the demands of the digital world.

The next generation of flat-six turbocharged engines has been further developed and is more powerful than ever before, with 331 kW (450 PS) in the S models. The drive efficiency has been increased by way of an improved injection process and a new layout for the turbochargers and charge air cooling system. The power is delivered by a newly developed eight-speed dual-clutch transmission. Additional highlights include the new assistance systems, including Porsche Wet mode to make driving on wet roads even safer, and Night Vision Assist with thermal imaging camera, as well as comprehensive connectivity – which now also uses swarm intelligence.

The turbocharged flat-six engine of the 911 Carrera S and 911 Carrera 4S now produces 450 horsepower (331 kW). This corresponds to an increase of 30 HP (22 kW) compared with the previous model. Both 911 models beat the four-second mark for acceleration from zero to 100 km/h: the rear-wheel-drive Coupé needs 3.7 seconds and the 911 Carrera 4S with all-wheel drive just 3.6 seconds. This makes both cars 0.4 seconds faster than the previous model in each case. This advantage is increased by a further 0.2 seconds with the optional Sport Chrono Package. The top speeds are now 308 km/h (911 Carrera S) and 306 km/h for the all-wheel-drive version. The fuel consumption (NEDC-correlated) of the 911 Carrera S is 8.9 l/100 km, while the 911 Carrera 4 S records this figure as 9.0 l/100 km.

➡️ Discover all new cars before anyone else! Subscribe now to YOUCAR the world famous car channel 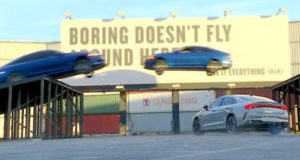 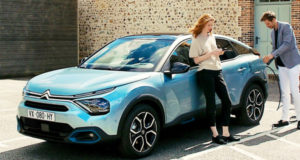