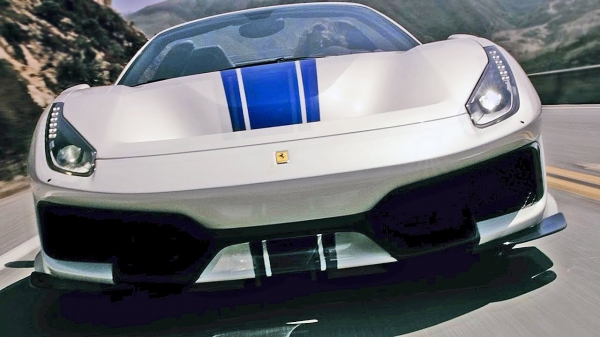 The Ferrari 488 Pista Spider sports the most powerful V8 engine in Maranello history which was also named Best Engine for the third consecutive year at the 2018 International Engine of the Year Awards. The 3902cc twin-turbo V8 unleashes 720 horsepower (50 hp more than the 488 Spider) with torque calibrated to deliver a feeling of constant, ever-increasing acceleration. The engine also won the special “Best of the Best” title as the top engine of all the winners of the last 20 years.

The 50th drop-top model to be introduced by the Prancing Horse is also the most powerful series production spider in Ferrari history, with an unprecedented weight/power ratio of 1.92 kg/hp.