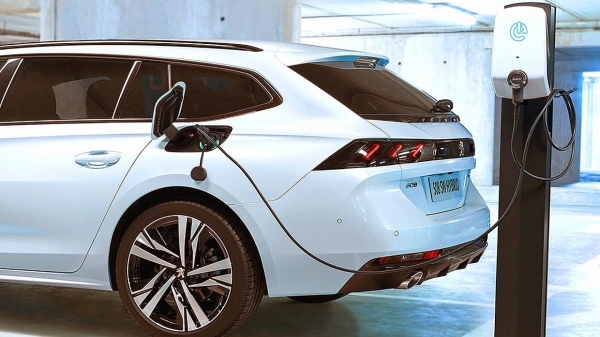 The hybrid engine deployed on the new Peugeot 508 and 508 SW was designed to offer even more sensations. It optimizes its TCO by having the greatest efficiency in terms of CO2emissions, with less than 49g of CO2 per kilometre WLTP.
The battery has a capacity of 11.8kWh and ensures 100% electric autonomy over 40 kilometres WLTP (50 kilometres NEDC).

The traction chain was implemented without compromising. The usability is preserved and the boot volumes are identical to the thermal versions (487L for Peugeot 508 and 530L for Peugeot 508 SW).