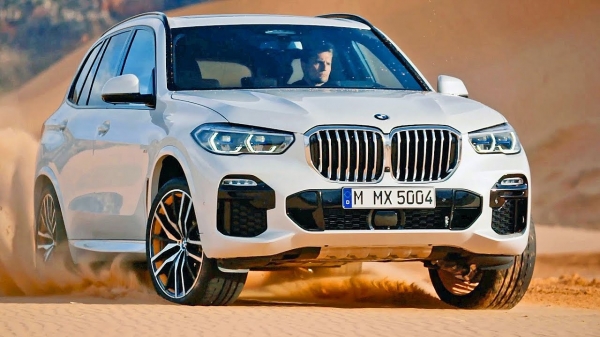 The new 2019 BMW X5 is being launched with a choice of two petrol and two diesel representatives from the latest generation of engines. Heading the range is the BMW X5 xDrive50i (not available in Europe), whose extensively developed V8 unit is making its debut, while a BMW M Performance model also forms part of the launch line-up. The BMW X5 M50d is powered by a six- cylinder in-line diesel engine with a quartet of turbochargers. A six-cylinder in- line unit can also be found under the bonnet of the BMW X5 xDrive40i and BMW X5 xDrive30d. All the engines channel their power through an eight-speed Steptronic transmission, while BMW xDrive intelligent all-wheel drive is on hand to ensure that power is translated into secure progress – on or off road.

The new 2019 BMW X5 will again be built at BMW Plant Spartanburg in the US state of South Carolina. This centre of expertise for BMW X models also handles production of the BMW X3, BMW X4, BMW X6 – and will soon add the BMW X7 to its roster as well. The worldwide market launch of the new BMW X5 will begin in November 2018.